September 2nd, 2017 Update:  Depending on when you read this for the first time, how ignorant do I sound as of today with Bitcoin having doubled from the original publishing date of this article?  Not to mention, all the other ICOs since then that are minting millionaires.  My knowledge and experience say this is one of the ultimate bubbles in history.  My brain and heart tell me to make hay while the sun shines.  My ego just calls me an asshole for continuing to miss out.

Have you had enough of Bitcoin and the awe-inspiring wonder of all things blockchain yet?  The blockchain not only cures cancer and AIDS but can make you fly…like Superman.  That’s the hyperbole surrounding cryptos.

Never invested in Bitcoin or Ethereum for that matter.  Maybe that makes my opinion irrelevant.

I have read a lot about cryptocurrencies though, specifically Bitcoin.  I missed that train along with the majority of people in the world.  I just can’t wrap my mind around something that isn’t universally accepted that has to be traded on potentially questionable exchanges where competing investments keep cropping up to defeat and dilute the entire concept of the limited-money.  Maybe I just don’t get it.

I do know that blockchain technology will stand the test of time.  The current crypto brands?  I’m not so sure.

My prediction, some sort of scandal or several will avail themselves quite soon causing a sell-off in Bitcoin.  It doesn’t matter whether it’s serious account-hacking somehow or exchange scams, because this sort of pricing will bring out the most intelligent criminals in the world.  And this latest maniacal move up will be entirely erased.  Hope I’m wrong.  Honestly. 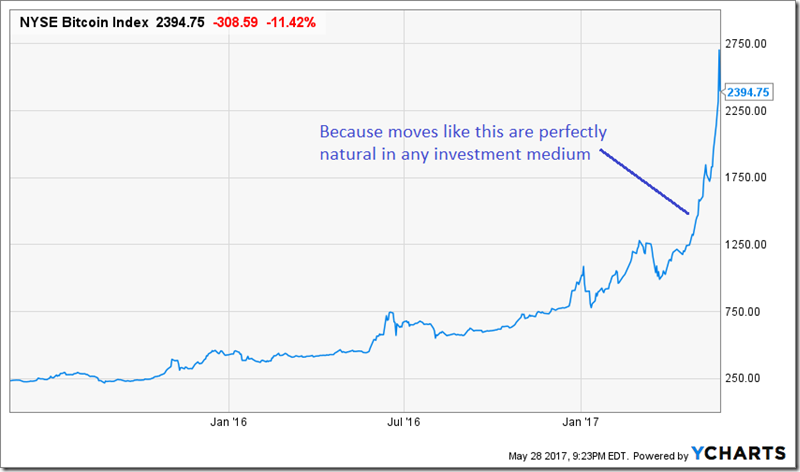 Ever ridden the The Dragster at Cedar Point?  Bitcoin owners may be about to experience their own thrill-ride. 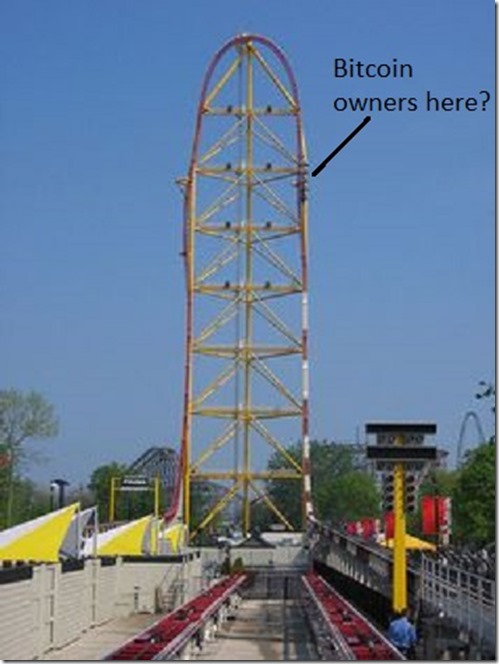 If you haven’t hopped on the crypto-train yet and you feel the need to invest in one of the “currencies” in the current price environment, then by all means, indulge.  But consider having a read of these two articles.  One shares the opinion of an experienced player, the other about just one illicit way in which to have your profits harvested from you.

To current owners, I wish you well.