GUILLERMO RIGONDEAUX!  Let me repeat that for you in case the bolded, underlined CAPS-LOCK wasn’t clear enough.  Guillermo “El Chacal” Rigondeaux is the best boxer in the world in any weight class, hands down, bar none, mic dropped.

For those that know boxing and have watched multiple fights of every purported top ten pound4pounder, I dare you to credibly dispute the claim.  For those that don’t know boxing but are intrigued by the claim, Rigondeaux is the ultimo artista in the ring.

He’s got two knocks against him for why he’s not a household name.  First, he’s 5’5 and weighs a buck20.  Unfortunately, casual fight fans just don’t want to watch little dudes weighing less than nothing showcase their defensive artistry for $59.99.  Which leads to the other knock against The Jackal.

He’s boring.  His footwork and spacing are so perfect he never has to engage in battle.

He happens to have perfect timing along with the skill to perfectly place shots so he hits but is rarely hit.  The casual boxing spectator simply doesn’t appreciate his fight style because it doesn’t look like boxing.  It looks more like a boring spar session.

Most of the time, El Chacal is an undercard fight.  The best boxer in the world consistently warms up the crowd for the headliner.  I know it’s all about the numbers and the money but that just isn’t right.  Can we please get the Lomachenko fight?!!!

He’s a soft-spoken Cuban who defected to the US far too late in his career.  The quiet nature is why we don’t hear him promoting himself non-stop like another money-hungry, recently retired, defensive artist we all know.

The late defection is part of why he’s fought virtually nobody.  Guillermo is 36 now.

He was simply stuck in Cuba for far too long.  He’s arguably the greatest amateur of the last two decades, having won back to back Gold medals in 2000 and 2004.  Yet despite his supremacy in two Olympics and his complete domination of bantam and super bantam, he’s still a relative unknown.

He’s fought 17 fights total as pro and ten of those fights have been title defenses with a perfect 17 – 0 record.  And forget that recent no contest.  Still a title defense in my book.

Now the fight world is putting a lot of focus on Vasyl Lomachenko and many pound4pound rankings have Lomachenko ahead of Rigondeaux.  Lomachenko is itching to move up to welter at 135, but there’s still time to get a big money fight in with Rigondeaux at 130.

Rigondeaux needs this fight with Lomachenko.  Guillermo has only fought one name that fight fans will readily recognize and it’s Nonito Donaire.  And that damn fight was 4 years ago.

Rigondeaux effectively ended the career of Nonito.  At the time of their fight. Donaire was the supreme ruler of their weight class.  El Chacal then pummeled Donaire’s face for 12 straight rounds, embarrassing the Pinoy fighter to a 12 round decision while taking absolutely no damage.  It was a pugilistic sight to behold. 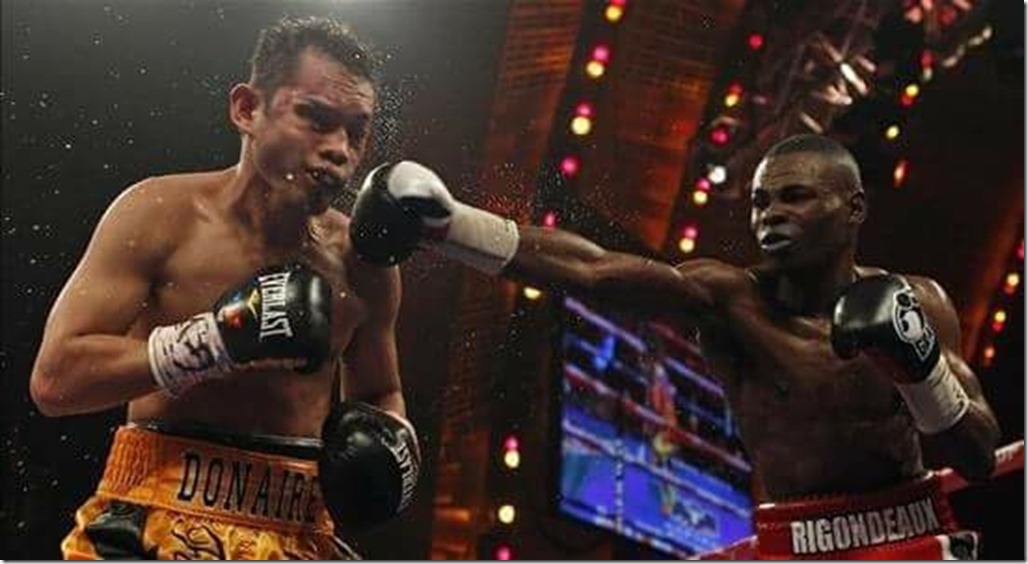 Donaire was never the same after that fight.  Never.  That’s how damaging it was to the psyche of Donaire and I strongly believe Rigondeaux can do the same to Lomachenko.  Maybe I’m wrong and Lomachenko’s youth and power will rule the day.  I’m betting Rigondeaux’s experience and artistry prove my stance.

If you haven’t had the pleasure yet, go and find some YouTube footage of Guillermo Rigondeaux.  One word…CLINIC.  Every match is a boxing clinic for the spectators and his poor opponents.

Rigondeaux is repped by Jay’-Z’s ROC Nation.  I hope they do him right by getting him the huge purse fights he deserves.  Yes, Rigondeaux is aging but he’s taken such little damage in his days that he could very well box into his early 40’s if needed to get that big payout, and he still may retire with an undefeated record.

Pay your respects to the real pound for pound boxing king, GUILLERMO “THE JACKAL” RIGONDEAUX.